The Aerospace industry and NASA Space program have a long history in Southern California, however the visible landmarks that have served as evidence of that rich history are vanishing.  Anyone who has driven down Seal beach Boulevard in the past 49 years has seen the towering 120 ft structure that was built in the 1960s. Originally built by the US government on the property of the Naval Weapons Station, the building and crane were constructed as an assembly and testing facility for the second stage (S-II) of the Saturn V rocket. NASA awarded the contract for the S-II to North American Aviation. The Saturn V was developed to support the Apollo program, which took man to the Moon and later helped build Skylab, the first American space station. The S-II was built in Seal Beach and then transported through the Panama Canal to Florida, where the Saturn V rocket was assembled and launched.

The building and crane, which has become a landmark in Seal Beach, was determined to be structurally unsound. The building and separate crane structure does not meet current environmental, seismic or safety requirements and was subsequently scheduled for demolition and removal.  The crane and surrounding buildings are going to be removed systematically over the next several years without the use of explosives. Removing the large crane from atop the 100 ft. building was a task that took months of planning and preparation. 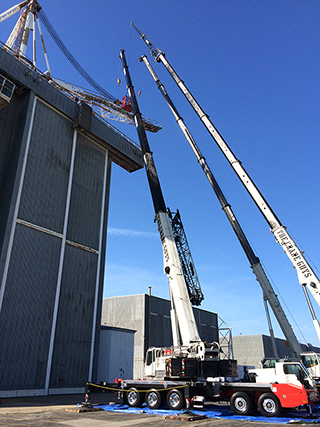 The Crane Guys was awarded the contract to disassemble and remove the crane from the rooftop. It took six months of meticulous planning, documentation and approvals before the final plan could be executed. Safety being the primary concern, the Department of the Navy required intensive safety documentation with details for every aspect of the planned execution, including unknown variables. There would be decisions and contingencies that would need to made on the job site since the crane had not been used in over a decade and it was unknown as to how easy or difficult some of the disassembly would go as planned. The Safety Director for the The Crane Guys presented a solid game plan that factored in on-site decisions and preparation for unknown variables.

The lift required three cranes, a 200-Ton crane and two 140-Ton cranes. The job was a two crane pick with one of the 140-Ton cranes being used with a hanging man basket for personnel to manually remove the pins from the rooftop crane. Multiple crane lifts can be difficult due to the load interaction between the cranes and more precautions are required. The Crane Guys extensive experience with multi crane lifts factored into the success of this complex operation.

After months of planning every detail, the crane removal for the rooftop went flawlessly as planned. The expertise and efficiency of The Crane Guys allowed the job to be executed in half of the allotted time projected to complete the job. The Crane Guys were able to give the Navy a solid safety plan, 3D lift plan and complete the job on time and on budget. 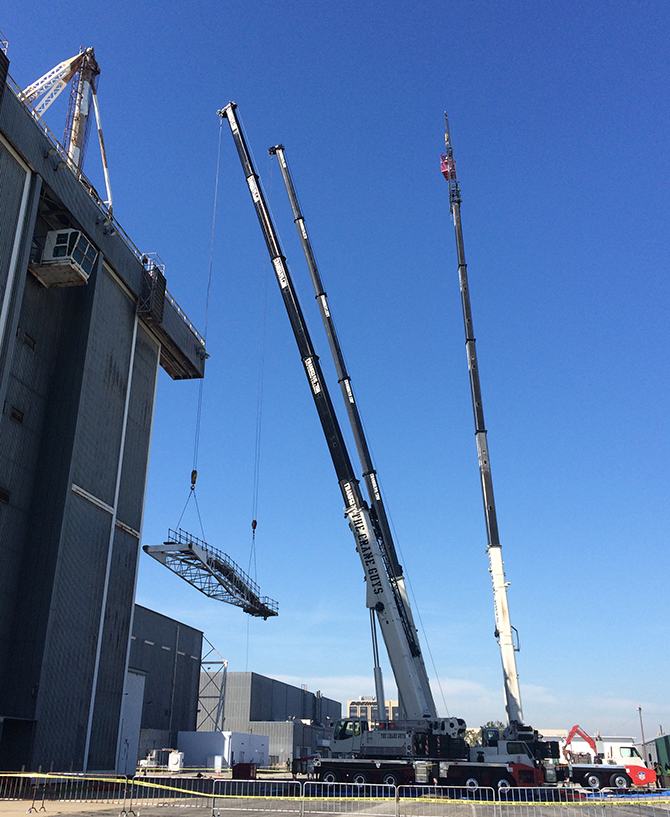 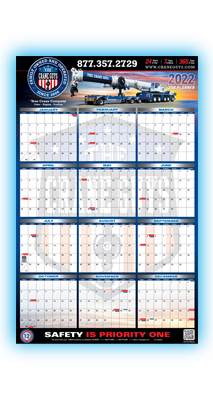